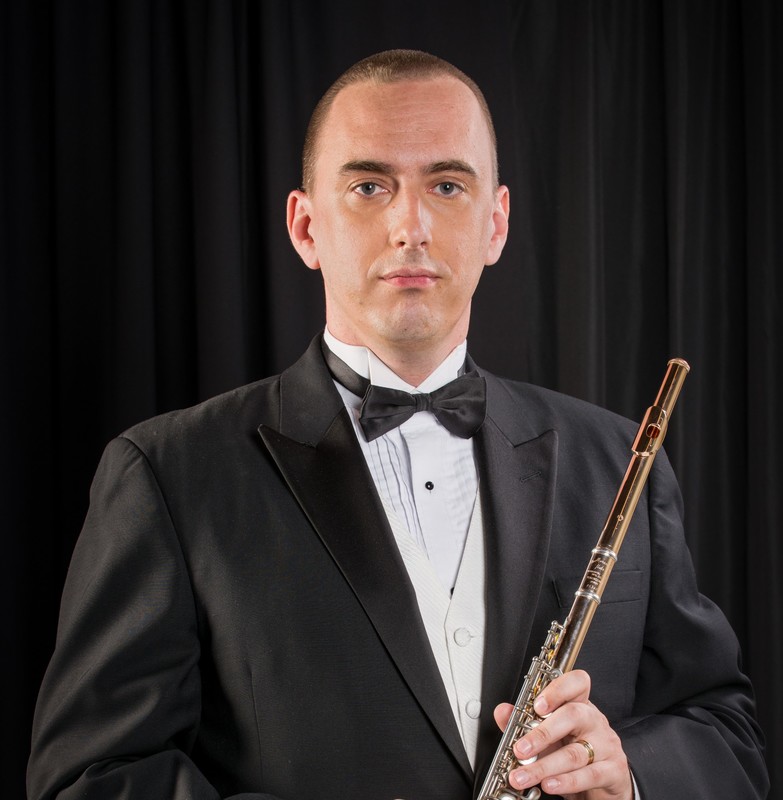 Bernard Blary began his musical studies at the age of four, studying piano with his mother. At the age of eleven, he began his study of the flute with Marian Žekulin and Maureen Bennie until finally studying under Philippa Fitzgerald-Finch (formerly Fullerton) at the University of Calgary. Bernard has been a member and a featured soloist with a variety of orchestras and chamber groups and has performed concerts in the United States, Canada, Europe and South America. He was principle flutist with the Burnaby Symphony Orchestra while under the direction of Leonard Camplin. He is currently the principal flutist with the Chilliwack Symphony Orchestra, having played under both Clyde Mitchell and Paula DeWitt, and regularly plays with other local orchestras, including the Vancouver Island Symphony, the Canada West Chamber Orchestra and the Richmond Orchestra. He has premiered many works by Canadian, American and European composers and his contributions can be found on numerous recordings. As a chamber musician, Bernard regularly plays with various chamber ensembles in the region. He is a member of Trio 211 with violinist Larisa Lebeda and guitarist Alec Peason, and toured with them to Alberta in 2017. Longtime friends and collaborators, Bernard and Alec also form an active duo. Most recently Bernard made his Austrian solo recital premiere in recitals with pianist Christopher Devine and harpist Zsuzsanna Aba-Nagy in Vienna. Bernard Blary currently resides in Maple Ridge, British Columbia, Canada, and works as a freelance flutist, teacher, and arranger.