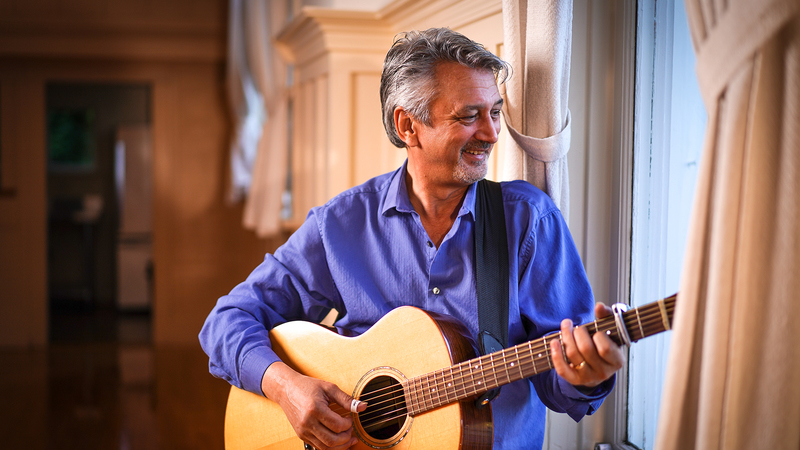 I’ve been a full-time performing artist for over forty years, written hundreds of songs and performed at thousands of venues, ranging from coffee houses and folk clubs to a Canada Day performance on Parliament Hill!

I am a regularly a featured artist at festivals, arts presentations, community and corporate events. I’ve performed across 8 provinces, 38 states and toured the United Kingdom on over a dozen occasions.

Since recording my first LP in 1984, I’ve recorded 14 albums of original and adapted traditional music across a broad range of the Roots Music genre. My songs have been recorded in turn by some of the most legendary names in Acoustic Music.

While Tiller’s Folly celebrates its 20th Anniversary, they are also involved in cooperative projects The Great Canadian Songbook (with Ken Lavigne and Diyet) and Voices for the Salish Sea (with The Wilds and the British Columbia Boys Choir).

Today, I am emerging as a solo performer, story teller, compere and media host. My 2017 release Waiting for Rain draws on a lifetime of experience. It is retrospective, nostalgic and Bluesy in nature, while highlighting my ability as songsmith, vocalist and guitarist.

Bruce seems to be concerned with and committed to is “the song”. In the same regard that Lyle Lovett, Townes Van Zandt, Guy Clark, Rodney Crowell, Jackson Browne, James Taylor, Joni Mitchell and folks like Darrell Scott are. He works at it with discipline, a sense of wonder, and trying to honor the very craft of it. I think his results speak for themselves.