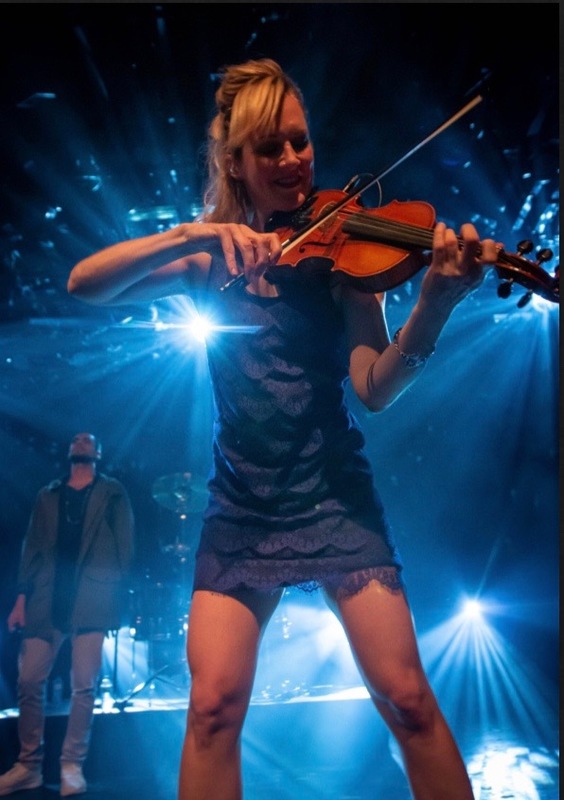 Serena Eades is a violinist and composer based in Vancouver, Canada. Best known as a member of Delhi 2 Dublin, she is also active as a session musician, performer, composer and educator.

Serena’s early love for music grew through studying classical violin at a young age, later earning a Bachelor of Music degree collectively from Brandon University and Capilano College in Canada and La Universidad de Colima in Mexico in 2005. Her success and unique style brought her to Boston’s Berklee College of Music where she earned a Diploma in Professional Music in 2014.

Serena has an insatiable desire to explore music from around the world. Her unique style reflects a lifetime of studying western classical music and various folk idioms – primarily Celtic and Brazilian.  Serena is co-founder of Vancouver’s first and only Forro band Forro do Cana. Her distinct sound is rich, full bodied, textured, and animated.

As an artist for film and TV, Serena has recorded strings for producer/composer Hamish Thomson, contributing to 3 seasons of the hit TV series Chesapeake Shores, and many other Hallmark and Life Network productions. She has recorded strings for Matthew Rogers' The Anachronism and Randall Okita's Machine With Wishbone, and more.  She has scored original music Blockchain Infrastructure Research’s MPWR Summit, Julie Ruffell's film Acescence, and Hallmark's The Christmas Snowman and Morning Show Mysteries .  On screen, Serena has worked as a fiddle/actor double for CW Network’s The Flash and on Supergirl.

Known for her attention to detail, and appreciation for accuracy Serena is sought after as a transcriptionist and digital sheet music editor.  Her client portfolio includes Matt Glaser, Darol Anger, Eugene Friesen, Alison Brown, and more.

As an educator for over twenty years Serena has worked with many aspiring and inspiring violinists and fiddlers of all ages.  She has taught across Canada, the United States and Southern Africa and has directed Waldorf Strings Programs and taught in El Sistema and Suzuki Institutions.  Her teaching philosophy and style reflect her dedication to music as an art, a language and a way of life.  Her commitment to disciplined work, and her passion to play and live with freedom and conviction are shared with her students.