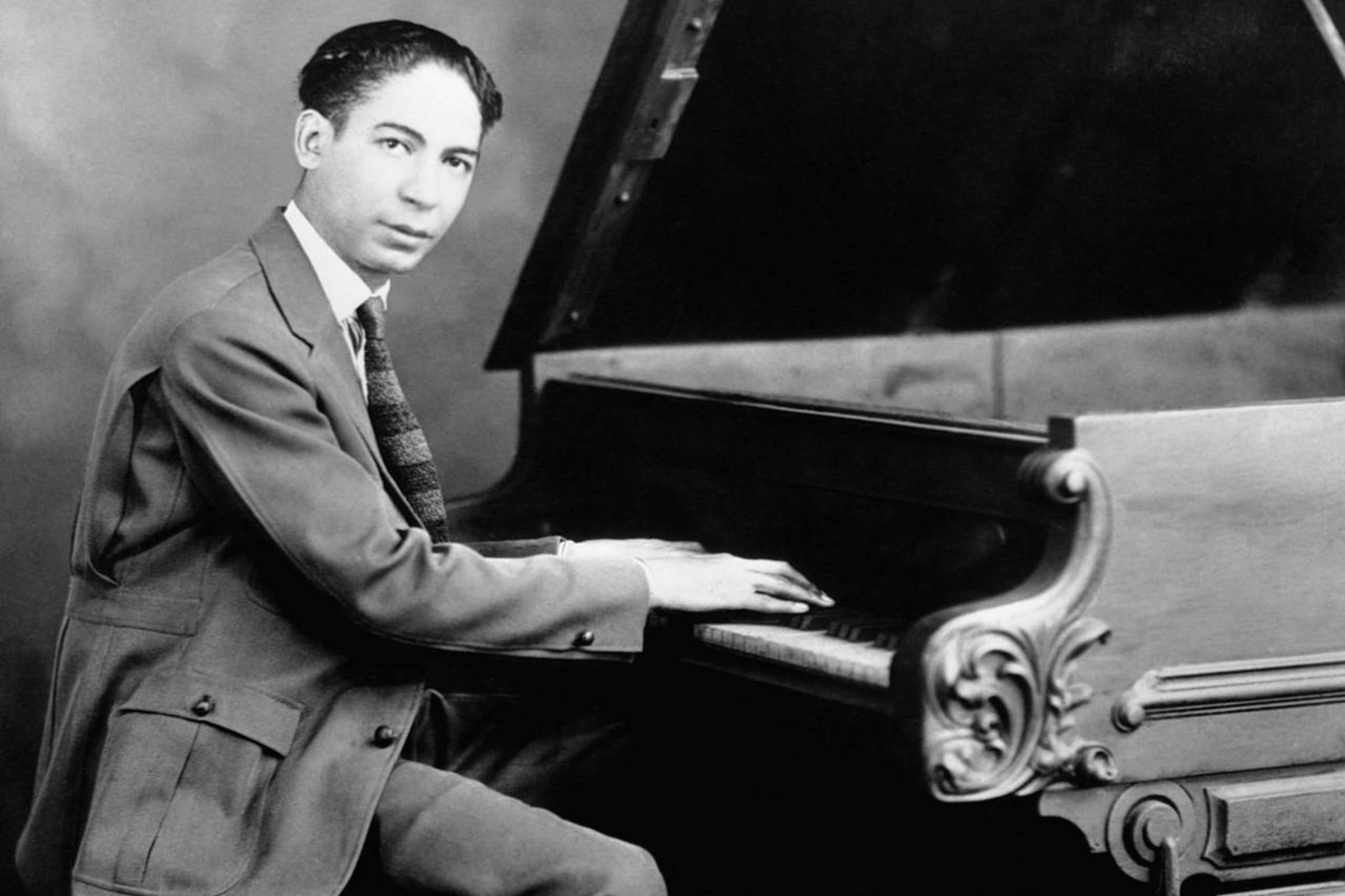 Because of the profound cultural and historical effects of Prohibition in the United States, similar movements elsewhere and their own cultural and historical effects have been all too easy to overlook. In Canada, a generally shorter (though in many ways more complicated) Prohibition predated possibly even foreshadowed its neighbours to the South. Enforced on a provincial level, rather than on a federal one as in the US, different parts of the country approached the “noble experiment” differently and saw different levels of the corruption and vibrant nightlife which seem to have been Prohibition’s inevitable companions. No other province was as rife with corruption and vibrant nightlife during its Prohibition period as British Columbia.

Regarded as the “wettest” and most “wide open” province, British Columbia’s Prohibition laws came into effect on October 1st, 1917. Under these laws, it was neither illegal to possess nor to consume alcohol merely illegal to buy, sell, or produce it. Within a week of the new laws’ introduction, hotels along East Hastings Street then the commercial and social heart of the city were adapting by opening new “cabarets”, rooms where one presumably paid a cover charge or purchased a membership to go in and enjoy live music, dancing, and the “free” refreshments available upon entering. One such establishment, the locally famous Patricia Hotel, opened its own cabaret still active today and currently known as Pat’s Pub on October 6th, 1917. While The Vancouver Sun ran an announcement of this new cabaret assuring potential patrons that “there will be none of the objectionable features usually associated with” such places, the documented accounts from the musicians who performed there paint a different picture. They tell of a rambunctious room where legions of lumberjacks and fishermen came to relieve the stress of their arduous jobs by gambling, fighting, and guzzling vast quantities of alcohol. In other words, just the kind of environment where one would want to hear the hot new music that was sweeping the continent: JAZZ!

Initially, the house band at The Patricia was led by local drummer George Paris, a beloved Vancouver personality primarily employed as a sports trainer. Paris was born in Truro, Nova Scotia’s Black community, and in his youth travelled all over the US, first performing with the circus and then training boxers and sports teams, soaking up Black American culture in his travels, before settling in Vancouver. Jazz writer and historian Mark Miller refers to Paris as “the country’s first identifiable jazz musician” in his 1997 book Such Melodious Racket: The Lost History of Jazz in Canada. In 1917, as BC’s new cabarets were opening their doors, Victor Records released the first commercial jazz recordings, which caused a sweeping craze for this new musical style, laden with African and Caribbean rhythms so foreign to early 20th-Century Vancouver. The city was fortunate to have in Paris a capable musician with first-hand knowledge of jazz who was able to assemble and direct a group to begin performing at The Patricia.

Still, a single drummer who also managed a busy sports career could not fill the demand on his own. As the cabarets flourished in tandem with the popularity of jazz, the shortage of local musicians who were convincingly able (or willing) to perform in the style led cabaret owners to look south of the border to source their entertainers. Concurrently, the Great Migration was by this time underway in the United States, as legions of Black Americans actively sought opportunities in the North and West to flee the violence and oppression they faced in the Jim Crow South. By the Fall of 1919, Vancouver’s “jazz district” featured nightly performances in multiple venues from Black American musicians brought in from all corners of the US, including pianist, clarinetist, and bandleader Oscar Holden (Tennessee via Chicago); trombonist Albert Paddio (Mississippi via New Orleans and California); trumpeter and saxophonist Frank D. Waldron (San Francisco via Seattle); drummers William Hoy and Doc Hutchinson (Indiana and Maryland, respectively); clarinetist Horace Eubanks (East St Louis); banjoist Charles Davis (possibly from North Carolina); singer and dancer, Ada “Bricktop” Smith (West Virginia via Chicago); and, most famously, pianist, composer, and in his own mind, the “originator of jazz” himself, Ferdinand “Jelly Roll” Morton (New Orleans via many other locations).

In the case of Jelly Roll specifically, the story goes that he first came to Vancouver after losing his shirt in a card game in Tacoma one night in 1919. Will Bowman, the owner of The Patricia and an acquaintance of Jelly Roll’s from mutual time spent in Chicago, happened to be present at the card game and seized the opportunity to bring this immensely talented New Orleans musician to his venue by offering the suddenly-bankrupt Morton a steady gig. The reality, by all accounts except for Morton’s, is that this meant Morton became a sideman under the current Patricia house bandleader Oscar Holden. Morton, whose notorious braggadocio belied a fragile ego, clearly struggled with having to take directions from Holden; this gig also found him reunited with Bricktop, who, two years prior, had fired Morton from her band after he accused her of stealing. The result of these challenging dynamics is that Morton’s time at The Patricia seems to have been short-lived (only a couple of months tops). He returned to Tacoma for a spell before starting a new Vancouver engagement in 1920, this time as the leader of a trio at The Regent, two blocks west of The Patricia, with full artistic control of the music and with his choice of side musicians. According to Morton, Patty Sullivan, the owner of The Regent, spent “$5000 to get Horace Eubanks across the border” to play in Jelly Roll’s group. Morton described Eubanks as “a beautiful hot clarinet [player] from East St Louis, who learned from New Orleans men,” and states of his employer’s expense, “Horace was worth it.”

As would soon occur south of the border, the Prohibition laws in BC not only led to a boom in nightlife and therefore a great deal of employment and creative opportunities for musicians, but also to increased political corruption. Provincial Prohibition Commissioner Walter Findlay was first fined and later jailed after his multiple bootlegging operations came to light, despite his passionate delivery of public speeches condemning the evils of alcohol consumption. While this type of high level crime ultimately created conditions that were favourable for working artists, the British Columbian public was quickly disenchanted with how “the noble experiment” had gone. In 1921, fewer than four years after putting them into effect, BC became the first province to rescind its Prohibition laws, replacing them with a system of government-controlled liquor stores where alcohol could be purchased in closed containers of regulated size, as well as an expensive, bureaucracy-heavy system for licensing public establishments to serve alcohol. Furthermore, bars which were granted liquor licenses were prohibited from featuring live music.

While gigs effectively evaporated overnight in Vancouver, Prohibition in the US was just getting started. Seattle took over the reputation for being the most “wide open” town in the West, as legions of speakeasies cropped up there the same way cabarets had in Vancouver a few years earlier. It seems most of the musicians who had made up Vancouver’s first jazz scene took their business to Seattle after these changes occurred, some remaining there permanently (Oscar

Holden and Frank D. Waldron both became important performers and mentors in Seattle’s music community who are still remembered fondly today) while others would move on (Horace Eubanks to Chicago, where he spent many years as both a bandleader and a sideman; Bricktop to France, where she opened her own very successful jazz venue; Jelly Roll back to his itinerant ways, travel-ing the continent making enemies and beautiful music wherever he went).

Having spent 17 years as a working musician in Vancouver myself, it’s easy for my imagination to run away with thoughts of how things may have been different if the jazz pioneers who came to Vancouver 100 years ago could have been able to stay and continue making music. And as any fel-low musicians currently working in Vancouver can corroborate, the effects of the strict liquor laws passed in 1921 still resonate today in the difficulty live music venues face in obtaining the necessary licenses and in keeping their businesses afloat after paying the high fees for those li-censes. But at the least, the knowledge and understanding of this brief but culturally and histor-ically impactful time in British Columbia (and in all of Canada) provides an interesting and all-too-easily missed perspective on Prohibition, the early days of jazz, the artists who brought it to the world, and the long-term effects of all of these things.

Recording links:
2 recordings from a Chicago recording session led by Jelly Roll Morton and featuring Horace Eubanks on clarinet from 1923 (2 years after their engagement at The Regent).

Other relevant recordings from the time period:

Bricktop on Italian television in 1970: https://bit.ly/2YYEKzP

Greg Ruby & the Rhythm Runners in the first ever record-ing of Frank D. Waldron's music, made in 2017. This is "Go Get It", written in 1924 a possible glimpse at what the music Waldron was playing at the Lodge Café in Van-couver in 1920-21 could have sounded like. https://bit.ly/3roDQss

Jen Hodge wrote this article as a tribute and acknowledgement to the community of Black mu-sicians working in Vancouver in the early 1900’s.

Jen is a bass player, vocalist, bandleader, and arranger who has been a member of the VMA for over 12 years.