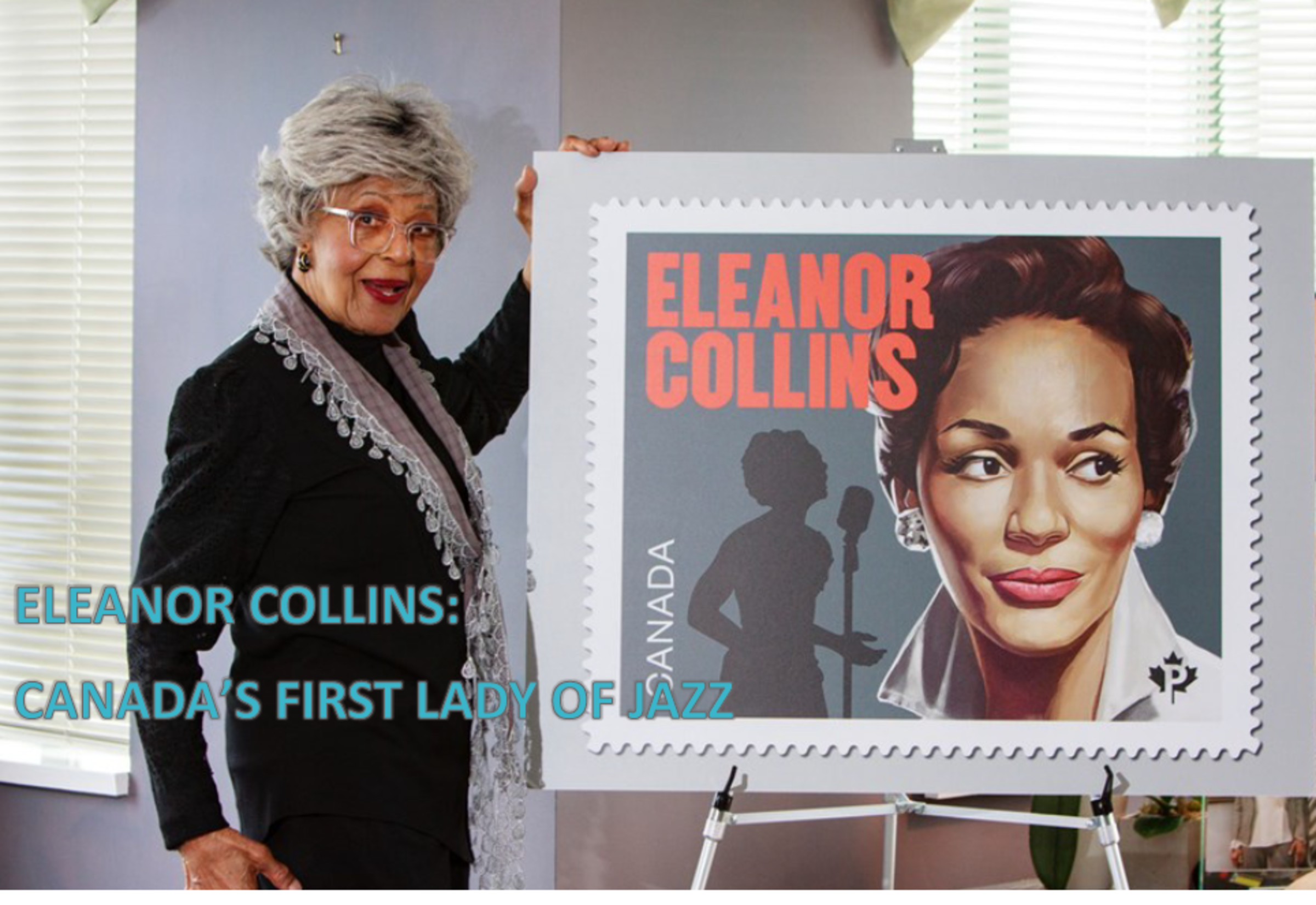 In her 103rd year, our Vancouver music community’s legendary Eleanor Collins has been honored with a Canada Post stamp commemorating her lifetime of musical and personal achievements. Previously, on her 95th birthday, Ms. Collins was invested as a Member of the Order of Canada.

Artist David Belliveau based the stamp’s image from a photograph by long-time CBC photographer Franz Lindner. Extensive media coverage accompanied the stamp’s release, including national stories on the CBC, CTV and Global networks. The stamp was featured in a front-page story on January 17 in The Vancouver Sun, including a Franz Lindner photo of Eleanor Collins with trombonist/bandleader Dave Robbins.

The next year she became both the first Canadian woman and the first Black woman to host a national television series in North America. Here’s the opening of the first The Eleanor Show from 1955: https://www.cbc.ca/player/play/1645761603657

With her impeccable pitch, diction, technique and style, Eleanor Collins’ ability to perform consistently and flawlessly was an invaluable asset in the formative days of national net-work television. During her early career much CBC broadcasting was live to the network. Eleanor Collins was one of the very few performers who could dependably deliver musically and dramatically correct performances under the demands of early production limitations. We all should appreciate her accomplishments now that we have become so used to multitrack, multiple takes and punch-ins, auto-tune and “we’ll fix it in the mix.”

Fred Stride tells of writing an arrangement of Look to the Rainbow for a Tommy Banks TV show in 1980. When she visited Fred to work out the arrangement she was not impressed with his piano, threatening to pay for a tuning:
https://www.youtube.com/watch?v=EMJYGGsud5Y

At 102, she continues to create and influence. After the release of the stamp Surrey schoolteacher Stacey Zorn created a school-wide Eleanor Collins project, inspiring yet another generation of Eleanor Collins fans.